In a recent edition of the Embedded FM podcast, you can listen to ideas for projects from a fire hose. This is a concentrated and amplified version of the sort of ideas regularly floated, discussed, and demonstrated every second Monday night in one of the NCSU engineering buildings during monthly Triangle Embedded Interest Group (TriEmbed) meetings.

If you’re a student hoping to find a killer internship or permanent job doing embedded development this summer, check out TriEmbed. Details are under the Meetings dropdown menu above.

We look forward to seeing and getting to know you there. 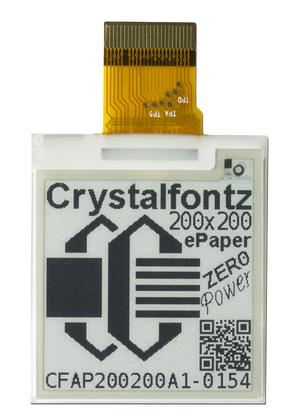 I’ve been listening to The Amp Hour podcast for some time and want to point out one episode that was particularly pleasant to listen to.  This is episode #412 titled “3 Cent Micros and 1000s of LEDs”. It’s Dave Jones of EEVBlog and Mike Harrison of Mike’s Electric Stuff talking shop, sharing interesting news items, and just yacking about a very wide variety of topics. I found it just the thing while standing in line to vote, rummaging through my old ham radio gear hoping my LMR400 cable was still there (wasn’t) and struggling with the failing Digikey web site (first time every: could not do a parametric search for a SMD cap without getting a weird “page not found” web server error).  Dave is free and easy this time around and the only problem folks will have is that when a Brit and an Aussie talk rapidly American ears can struggle to recognize all the words in real time, so have your “replay the last 10 seconds” button ready. Still, well worth it, and good on you Dave, for an excellent interview!

A recent thread about automating a coffee roaster on the TriEmbed email list motivated me to write up some notes about my coffee roasting set up and share them in the blog post below.

Starting with this month’s meeting and at each one in the future there will be a drawing in which lucky attendees can choose items from a collection such as those shown below.

Folks are invited to donate interesting items they no longer need to add to the collection for future drawings.

Next Wednesday and Thursday (each day self-contained) October 10 and 11, there will be a Design to Part (D2P) trade show. Free admission with registration at the door.  9:30am to 3pm each day. Raleigh Convention Center, 500 South Salisbury St, Raleigh, NC 27601. Details here on the Internet .

Thanks to Dan Stipe for the tip about this upcoming event.

Dave Jones has made a new video that shunts  theory and directly demonstrates the effects of bypass capacitors.  It’s worth 30 minutes to get an understanding of this that will serve you well if you’re making custom digital circuits and may wet your appetite for a deeper dive such as with Dave’s other video  on the subject or  section seven of chapter one of The Art of Electronics.

A whole bunch of generous folks kicked in for the triembed.org domain renewal this year and we won’t have to deal with this for a long, long time. THANK YOU!