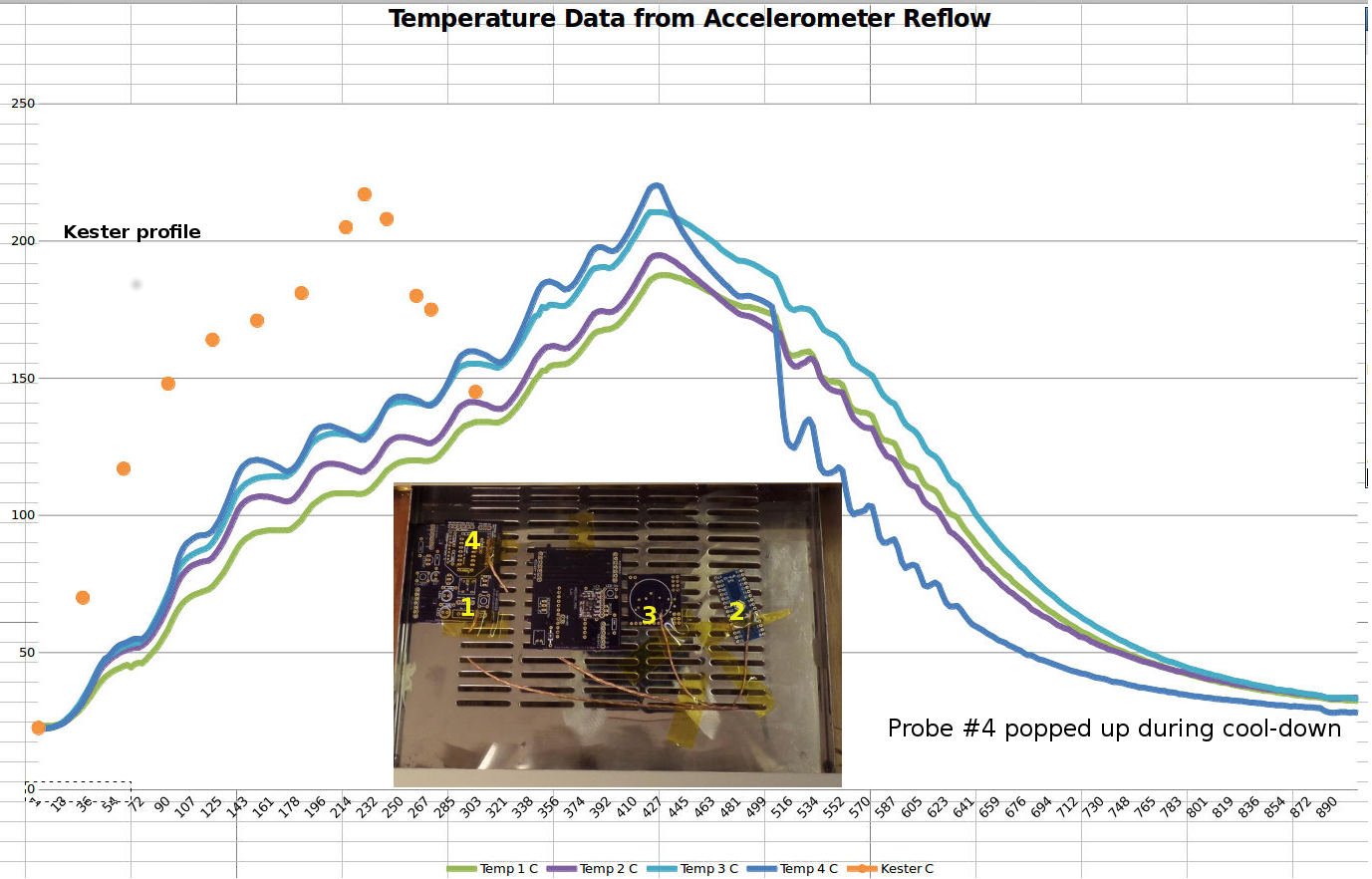 Here are the temps in degrees C vs elapsed seconds from four type K thermocouples on PCB surfaces in my T-962 (small) reflow oven running “wave 2” (regular lead solder paste) profile. The orange dots show the recommended Kester reflow solder profile for the solder paste used. Probes #1 & #4 are on the surface of a PCB on top of one other, while #2 & #3 are on PCBs sitting on the oven drawer surface. Probe #4 is directly under one of the quartz heating tubes while the others are positioned in between the two tubes. Probe #4 popped up off the board during cool-down, so it immediately got cooler as the fan blew on it (emulating the crazy-wrong temperatures showed on the T-962 front panel).

The executive summary is that the oven barely works in the middle of the drawer for a very liberal definition of “barely” (i.e. the duration of various temperatures and heating/cooling rates violate manufacturer’s specs by more than a little bit.

But this same run soldered an accelerometer breakout board well (looked good under a microscope and ran OK after a quick ECO unrelated to the soldering was applied). The breakout board is sitting just to the left of probe #3.

Chip McClelland set up the thermocouples and wrote the Arduino logger app running in his Sparkfun “Red board” while Gene Kahn and I provided moral support.

Next steps (in no particular order):